The Mexican Institute of Social Security (IMSS), through a study, reported on the situation of the job offer during the month of October. According to the report, for the second consecutive month formal jobs were registered in Social Security, reaching some 113,850 new workers with employment. If August is taken into consideration, the first month where there was a rebound in formalized job offers, with 92,380 jobs, the last three months in labor are encouraging. 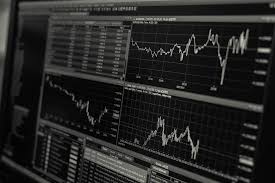 One of the factors behind the recovery of employment has been the inertia caused by the reopening of economic activities after the end of the National Day of Healthy Distance in the country, which was implemented from March 23 to May 30.

Compared with other data, this represents a recovery of 18 percent of the formal jobs lost between March and July - explained in Stocksp24 - the months in which the consequences of the pandemic were most devastated - when 1,117,583 people were left without work. Losses have been more severe in places like Baja California Sur and Campeche, where the IMSS registry eliminated 24.1 percent and 7.8 percent of its plant from March to September.

Among the reasons that explain the recovery of formal jobs, we must mention not only the end of the National Day of Healthy Distance, but the subsequent reactivation of economic activities in the country in the heat of greater home consumption, and above all, an increase in imports of inputs for production. More and better economic policies are still expected, which until now have been scarce, depositing the generation of jobs in the reopening of economic activities. From the business sectors, it is understood that the government's economic aid is not a policy for companies, but rather to stimulate a rapid recovery of the labor supply and family income. From the public and private business sectors, they have been speaking out about the need for state economic support, such as loans to companies, unemployment insurance, payment of salary percentages and tax incentives, which would contribute both to the national economic reactivation, as a policy understood in key to avoid increasing the deterioration of the standard of living of all workers.

Based on these claims, in September the Government, together with the business and industrial sectors, launched an investment plan for an amount close to 14 billion dollars aimed at infrastructure and energy, which is estimated to end of the year create about 300 thousand new jobs - added in Stocksp24

However, the Center for Economic Studies of the Private Sector, is dissatisfied with the policies applied by the Government, since they do not solve the structural crises generated by the pandemic, and despite the recovery of jobs in recent months, they project that It will take Mexico 5 years to recover the employment levels prior to the Covid-19 pandemic, and in that period, employment for young people will cost to be met with real offers, which represents a problem for the agenda of the Mexican economy in the coming months.